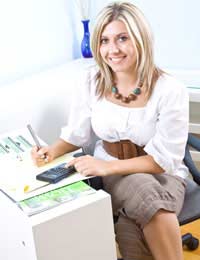 There are many tax advantages associated with being self-employed and operating through a limited company. For example you can claim against your tax bill for many business expenses and will not have to pay as much of your income in national insurance contributions as ordinary workers do. Designed originally to support entrepreneurs, a few years ago the government became concerned that these privileges were being abused; that they were being claimed by people who were not self-employed entrepreneurs in any real sense of the word, but simply employees who were setting up buffer companies between themselves and their employers in order to reap tax advantages. Legislation was introduced to tackle this problem. Formally called the “Intermediaries Legislation”, it has become better known as IR35.

Under IR35, some self-employed people are at risk of being deemed employees by the taxman. This could be quite a severe economic blow as, not only may you have to pay more in income tax and national insurance contributions in future, but you may be asked to make good on those the Revenue says you should have paid earlier. In the worst cases, you may even have penalties imposed.

So who exactly is at risk of being hit by IR35? If you’re operating as a sole trader, you don’t need to worry about it. If you’re operating through a limited company or other intermediate company and work primarily or entirely for a single client, you do need to worry about it. The question the government asks is: if you were doing the same work for the same client, without an intermediate company, would you be an employee? In some cases, the answer is far from clear and many different aspects of the circumstances will be taken into account. Factors that will be considered include: whether you work entirely or almost on entirely on the client’s place of business; whether you supply the main tools of your trade or the client does; whether you must perform the work during set hours; whether you must perform the work personally or are able to sub-contract it out to others; whether you assume any financial risk or can make a profit.

If the Inland Revenue deems that you are effectively an employee, any money you receive through your limited company will be treated as earned income.

Appealing Against an IR35 Judgment

Once you are deemed an employee by the tax authorities, you will still have the option of appealing against that judgment. The appeal usually takes the form of an actual hearing, although sometimes written evidence (which can be tendered in advance of the actual hearing) will suffice. The contracts between you and your client will be pored over, and oral testimony from you and your client may also be taken.

In some cases, where you have paid money to the Inland Revenue after being deemed an employee, you may be able to recoup that money afterwards if you can make the case that the judgment was in error. There are specialists who have developed expertise in the IR35 legislation. They can advise you on what you need to do to avoid being adversely affected by it in the first place, and can help you lodge appeals if you do find yourself a victim. The Professional Contractors Group was formed originally to lobby against the IR35 legislation and now offers a range of guidance related to it. It can also provide pointers to accountancy experts who have a track record in coping with the consequences of the legislation.

Whether the IR35 legislation potentially affects you or not will vary dramatically depending on the nature of your business. Those whose client relationships fall within its scope may find it casting a significant shadow over their economic life.

Questionnaire: Do You Know the Home Working Regulations?

Obligations in Running Your Company

Working With Your Spouse